H3 HARDY COLLABORATION ARCHITECTURE Moves the entire complex to the West Side waterfront at 34th Street, creates an elevated bike and pedestrian promenade and turns Pier 76 into a new 16-acre park. 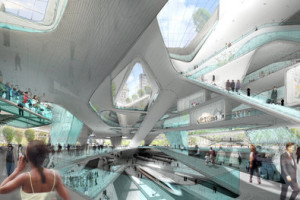 DILLER SCOFIDIO & RENFRO Moves Madison Square Garden across Eighth Avenue next to the James A. Farley Post Office building; Penn Station becomes a multilevel public space with amenities like a spa and a theater. 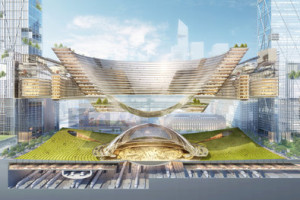 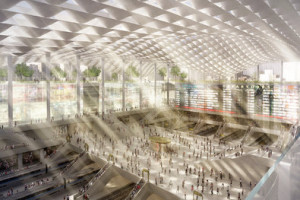 SHoP ARCHITECTS Expands the existing site with a lightweight concrete structure that is meant to evoke the old Penn Station and seeks to make the station a social meeting spot.

When’s the last time you heard someone say… Let’s meet for a drink at Penn Station? People say that about Grand Central all the time.
Share This: