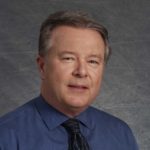 Mr. Barranger co‐founded Cornerstone Architects in 1987 and
serves as the Project Director for municipal, law enforcement, and
commercial designs. Mr. Barranger assumes director level responsibility
for design projects. In addition, he is responsible for overall
quality assurance of design and construction documents.

Mr. Barranger is a Certified Interior Designer in New Jersey
having demonstrated the necessary technical knowledge and experience
for certification. Mr. Barranger is also a Registered Architect and a licensed
Professional Planner in NJ.

He is an active member of the American Institute of Architects at the
national, state, and local levels. The former Chairperson of AIA New Jersey's
Public Awareness Committee having served 12 years in that capacity.
Mr. Barranger now continues to serve as a member of the committee.
He volunteers his time and expertise in the continued promotion
of the value of New Jersey Architects to the public.

In 2015, Robert was honored with the Architect of the Year Award
by the New Jersey Society of Architects. This award is bestowed
upon a registered architect member in good standing recognized as
having made a major accomplishment in the field of architecture
and has distinguished himself both professionally and personally.
The award us based on professional, technical, and personal acomplishments.